So… V-Jump came out today and it had all sorts of juicy details about FighterZ. Specifically, it revealed a brand new character – Android 21 in a Majin look!

I, of course, translated the information from the magazine! 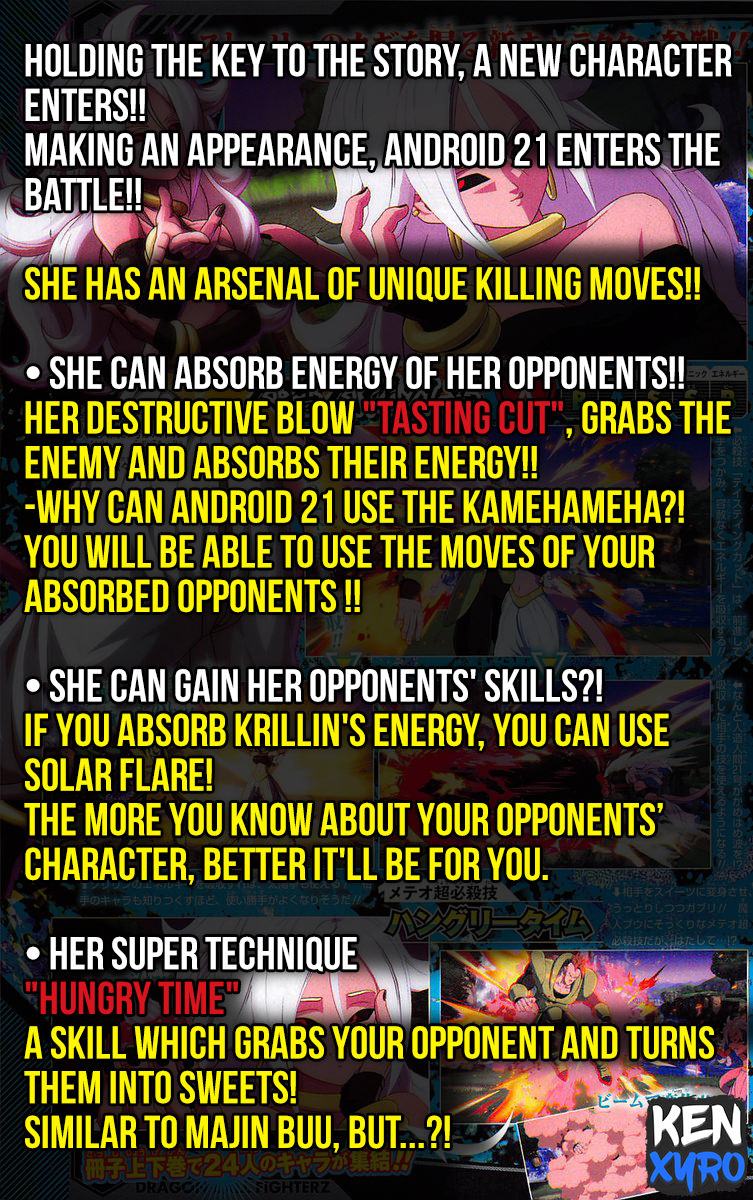 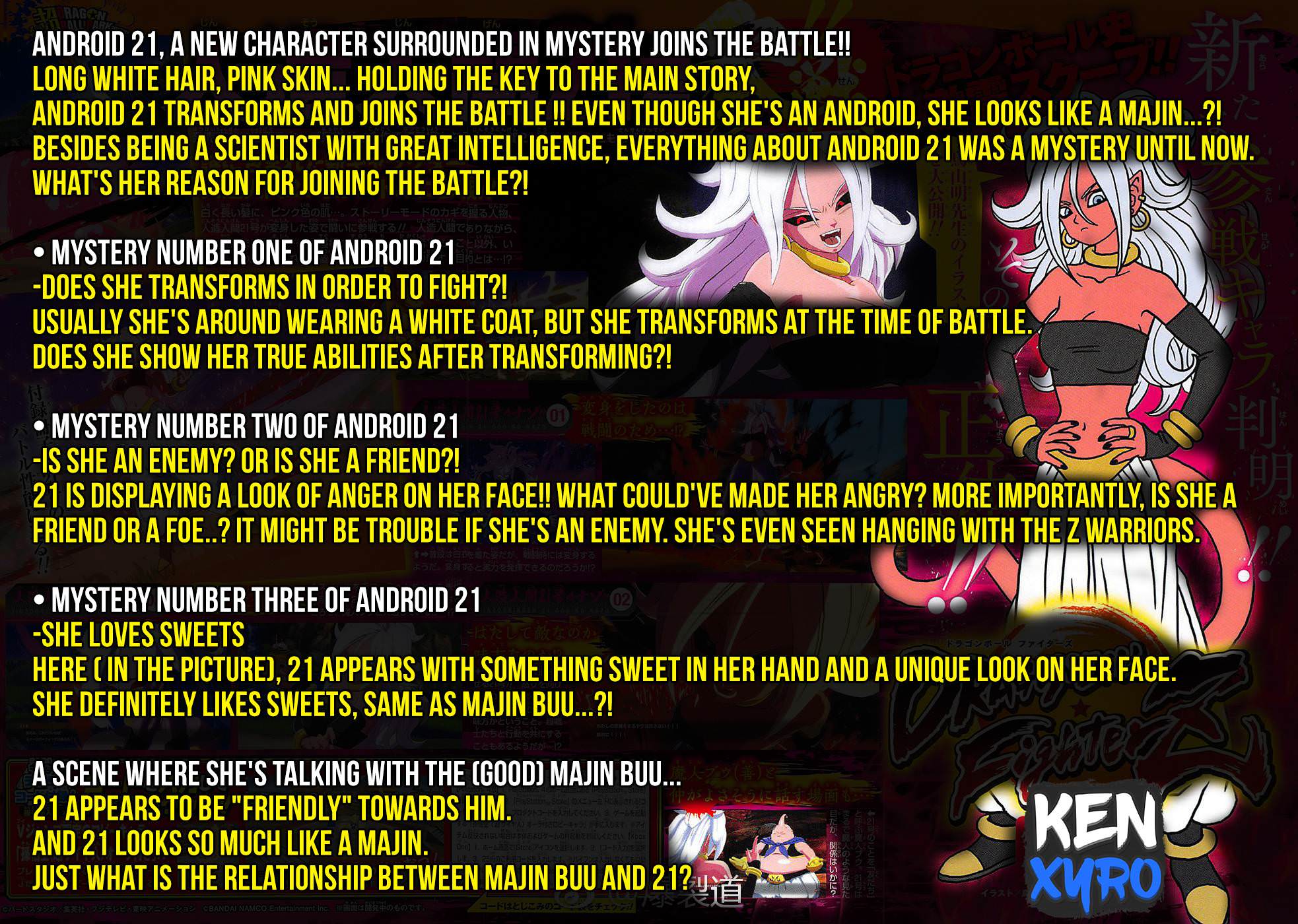 Dragon Ball FighterZ releases Jan 26, 2018 and is an upcoming Dragon Ball video game developed by Arc System Works and published by Bandai Namco for Playstation 4, Xbox One and Microsoft Windows via Steam. It is scheduled to be released for Japan, North America, and Europe. Confirmed by Bandai Namco, this game will have both a Japanese and English dubbing, with the English dubbing being handled by Funimation.